There is a great deal of music in the book related to the narrative that can be performed by individual students, smaller groups of students, or the entire group. The interdisciplinary subject matter offers many possibilities of bringing other elements into the presentation, and the fact that the overwhelming majority of the public doesn’t know how lip-blown instruments work at the most basic level provides students an opportunity to educate through their performances/presentations.

Revealing the “mystery” behind brass instruments 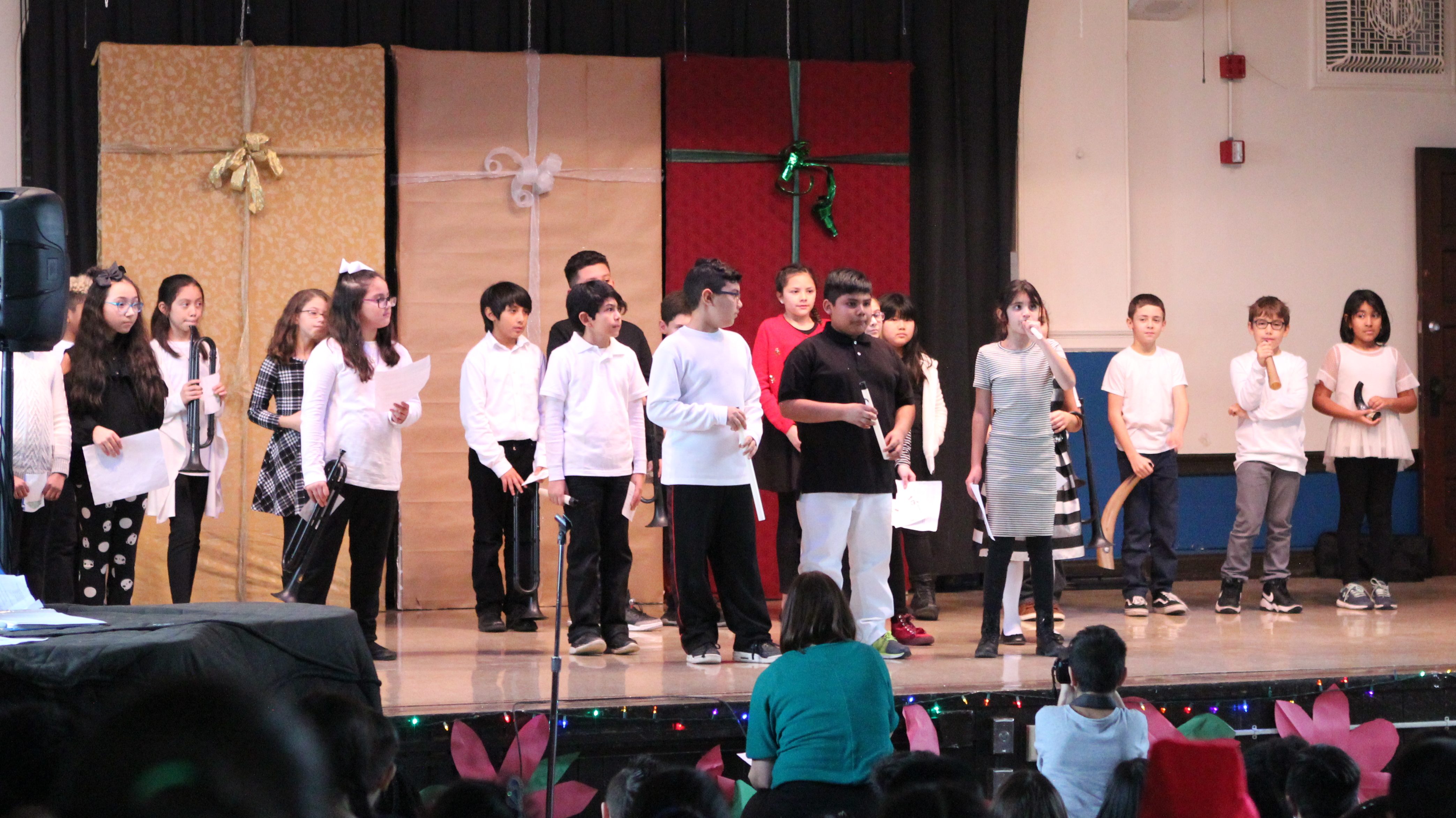 Tell the story of the “First Trumpeter”

Tell the story of Ragnar’s discovery of the bone trumpet, and his further discoveries related to the points mentioned in “Revealing the mystery behind brass instruments,” but using a script which students can help to create. Students can trade off reciting the script, interspersed with demonstrations and performances.

BfB students warming up and playing music from Unit I

Tell the story of the hunt

Many scholars believe that one of the earliest uses of lip-blown instruments was in the hunt. Prehistoric man likely used loud lip-blown or percussive sounds to startle, confuse, and trap prey.  Have students tell the story of Ragnar’s adventures in “Chapter 3: On the Hunt,” in which he blows his horn in the hunt for bison. This chapter also introduces the musical forms of march or processional (rhythmic music) and song (melodic music). While Ragnar and his friends are walking home carrying the heavy load after the hunt, he starts playing a march to keep everyone’s spirits up and moving together. On the way, he stumbles on a stick which he notices is hollow, which he brings home and makes into a trumpet. Since it is so long, he discovers it can play two notes, and therefore is able to play melodic music while everyone sings along in celebration of the successful hunt. Students can trade off reading the script and performances can be made by individual students, smaller groups of students, or the entire group. Listen to the narration and soundscapes found in “Hear Ragnar’s Amazing Sounds” below for ideas:

Narration and Soundscapes for “Chapter 3: On the Hunt”

BfB students performing music from “Chapter 3: On the Hunt”

Tell the story of the “Battle of Jericho”

The shofar call is the oldest known “trumpet music” from human history, with an uninterrupted tradition of over 3,000 years, and the battle of Jericho is a well known biblical story that sheds light on the power and significance of the sound of the ram’s horn for the Jewish people. To play the shofar call, one must be able to master the basics of sound production, articulation, and shifting between harmonic notes, which makes it a great performance goal for a 8-10 week Brass for Beginners course. Also, each part of the shofar call has a different meaning which can be explained and demonstrated by students in performance. Maybe one of your students can demonstrate the call on a shofar?

Tell the story of the “Pharaoh’s Trumpeters”

The Egyptian šnb (snɛ-hɛb) offers a great deal of subject matter for students to share with an audience. Two of these trumpets, the oldest metal trumpets in existence — whose use is confirmed by iconographical evidence — were found in the tomb of Tutankhamun and have been studied and replicated since they were discovered in 1922. Students can explain how the Egyptians formed the tubing and bell from sheet metal, and can show/play their own šnbs that they have made and decorated in class. (A detailed craft project will soon be made available on “Interdisciplinary Activities” for Chapter 5) The wooden cores found inside the šnbs offer an interesting glimpse into how the Egyptians may have understood the sound of the šnb, as well as its silence when the cores were inserted. And the Egyptian God of the afterlife, Osiris, is believed to be associated with the šnb making for an interesting parallel with the Judeo-Christian tradition of the trumpet being used in end days, to judge the living and the dead. Finally, Egyptian iconography offers the earliest examples of the trumpet being used with drums which provides a great opportunity to incorporate other classroom instruments into performances. Have students decide on topics to share in a performance and create a script, and intersperse with music from “Chapter 5: The Pharaoh’s Trumpeters” or student composed/improvised pieces.

Chapter 6 offers unique opportunities to get students involved in the creative process. It tells the story of Ragnar following ancient trade routes and sailing across seas in search of trumpets around the globe. Have students choose one of the trumpets Ragnar encounters, research the instrument and its context, and write their own version of Ragnar’s story. (This activity will be described more thoroughly in “Interdisciplinary Activities” for Chapter 6). Then ask students to compose music to fit their story and rehearse with the group for performance. Some of these examples offer possibilities of exploring other performance techniques, such as variable tone color with circular breathing as used in playing both the Irish Bronze Age horns and the didjeridu. Other examples offer opportunities to incorporate other classroom instruments into the arrangement; for example, the Han Chinese Long horn is shown in iconography with other instruments, including flutes, drums, and cymbals, in the form of a military band in procession.